First Job: As a new graduate, I began my career as a physical therapist in the army at an Israeli Defense Force (IDF) convalescent center. I mainly treated injured soldiers. 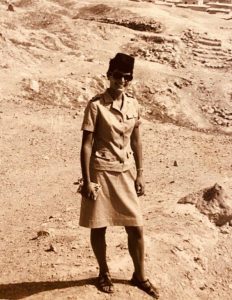 How to maintain full ROM:

One of the patients that I treated while at the convalescent center suffered from an ankle injury.  It was painful for him to move it and I did not want to push him due to the pain.  His Achilles Tendon got tight.  I understood quickly that if it was not stretched immediately, it would get contracted and shorten.  I advised the soldier to stand in the parallel bars, in front of a mirror and bend one leg in front of the other one, move his body forward and stretch the Gastrocnemius. The full weight bearing helped a lot.  It took a week for his right dorsiflexion to achieve the same range of motion as his left ankle. 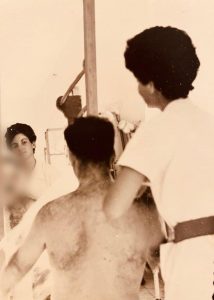 When there is trauma to a joint, our first step should be to get rid of the edema.  As we work to decrease the edema, we should also work on the joint’s motion.  Together with the patient, we can move the joint to its end movement, and then continue to move it a little more, through the pain. The therapist’s responsibility is to guide and encourage the patient to move the joint when it is still in the beginning stage of rehabilitation and not let it stiffen.

Through the years, I’ve found this especially true of the shoulder joints, which quickly frozen without guided movement.  Whenever a patient has an injury to the shoulder, elbow or wrist, I strongly encourage them to move the joint hourly. 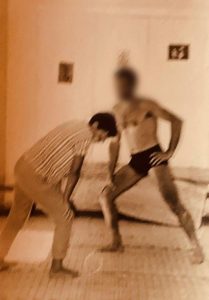 For soldiers who suffered from back and leg injuries, I led them in group exercises. The soldiers encouraged each other. There was a sense of competition amongst them which increased their progress.  There were jokes in the air, and the atmosphere was of laughter and happiness.

Group exercises proved to be a very successful part of the treatment.

In 1967, the Six Day War erupted.  Wounded soldiers started to stream in, slowly at first, but as the days passed, the beds filled up.

One solider asked me “What is worse… to lose an eye or to lose a leg?”  I saw firsthand the devastating results of war and the permanent damage that it can bring to families.

Number One: Eli was a solider during the Six Day War. He was in the training course to become an officer when he got a vacation to visit home. He was driving, with two of his friends after the first rain of the season.  In Israel, the first rain after a long dry summer turns the roads from dry and dusty to slippery mud.  Suddenly, they found themselves rolling down a mountain. 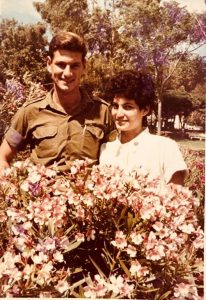 With each roll, Eli thought that it would be the end.  One friend rolled out from the car in the middle of the slope and thankfully, the car rolled over a large boulder and missed him.  Eli and his other friend stayed in the car as it rolled all the way to the bottom.

The car was totaled but all three of them were able to get out and walk up the mountain to the road where people were waiting to drive them to the hospital.  Two of them were discharged home the same day, but Eli stayed overnight for surgery on his broken finger.  The two days later, he was admitted to the convalescent center and that is where we met.

Number Two:  I was his physical therapist.  We fell in love and started to date after he was discharged from the center and served as an admitting soldier.  We got married three years later and raised four wonderful children while I kept working as a PT in various settings and locations.